An overview of World Cup advertising on

Radio and Television in Canada 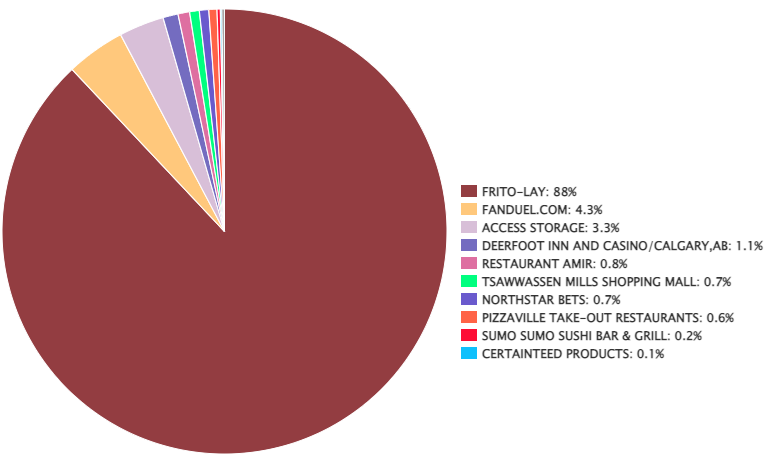 The World Cup final is quickly approaching; let’s look at who has advertised World Cup-themed content on the radio.

Frito-Lay took a whopping 88%  share on radio, promoting their campaign as the Official Canadian snack of the 2022 FIFA World Cup.

In the second place, Fanduel.com had a 4% share as a supporting sponsor of World Cup coverage on TSN Radio.  Access Storage also sponsored World Cup updates on the radio and took third place with a 3% share.

Deerfoot Inn and Casino had a 1% share promoting their contest to win a spot at their watch party of the World Cup final.  Restaurant Amir is a proud sponsor of World Cup coverage on TSN Radio and manages to score a 1% total share.

Tsawwassen Mills Shopping Mall had a 1% share inviting fans to catch the action each match day and get a chance to win a variety of prizes. 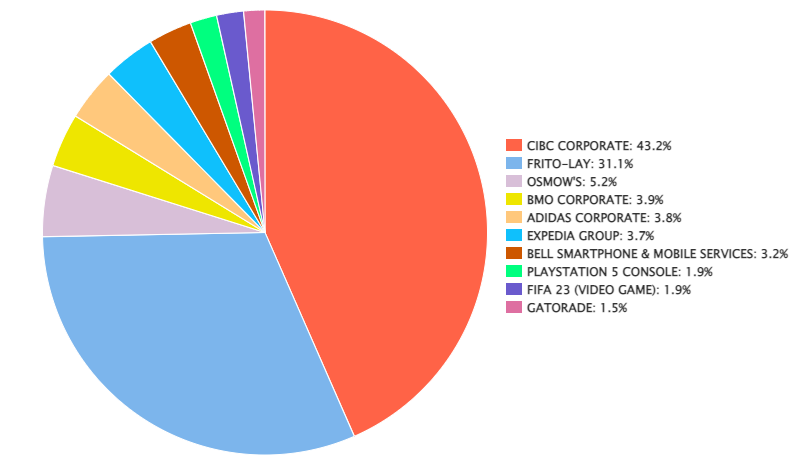 CIBC scored first place with a 43% share on TV as Team Canada’s lead partner. CIBC’s primary campaign promoted Canada’s ambition to soccer and represented a 45% share of CIBC occurrences; the remaining 55% was attributed to programming sponsorship.

Frito-Lay’s ‘Made for the Moment’ campaign took second place with a 31% share. The campaign highlighted Canada's relationship to soccer, whether for Team Canada or their ‘the other home team.’

Osmow’s had a 5% share with their soccer-themed campaign, which featured a dramatization of a soccer accident and their shawarma sandwich curing the injured Team Canada player.

BMO, Expedia Cruises, and Adidas each represented a 4% share as programming sponsors.

This Advertising Intelligence is published by Adease Media Intelligence. The data used in this document is collected using the Adease Media Monitoring Technology, Methodology, and Market Coverage.

We can keep you informed of TV & Radio Advertising trends and the Share of Ad Activity changes in the Advertising arena, as and when they happen, in real-time.

Contact us to receive up-to-date reports, charts, and actual creatives on Advertising during this or any other time.